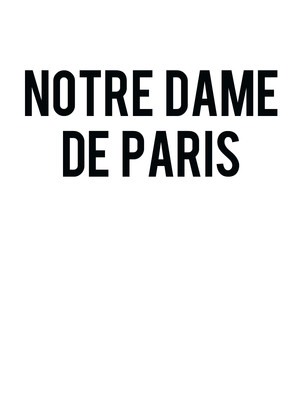 The classic musical returns for its 20th anniversary

Two decades after its Quebec premiere, the iconic Notre Dame de Paris is back. Not to be confused with the Disney musical, this adaptation of Victor Hugo's novel is a visually arresting Gothic romance. The story takes us back to Renaissance Paris, where the mysterious figure of Quasimodo look out over the city from the gigantic cathedral. He longs for human contact, and after his cruel master Archdeacon Frollo orders him kidnap romani girl Esmeraldi, the two form a bond.

Notre Dame de Paris features many numbers now considered classics in the French-speaking world, including 'Belle,' which was named song of the year in France in 1999. This Ottawa production stars Angelo Del Vecchio as Quasimodo, and Hiba Tawaji as Esmeralda.

Sound good to you? Share this page on social media and let your friends know about Notre Dame de Paris at NAC Southam Hall.