The Weeknd leaves us SPEECHLESS at Super Bowl LV Half Time

The Weeknd reminds us why we need live music and entertainment with a goosebump-inducing half-time performance at this year's Super Bowl.

We're blinded by The Weeknd's performance!

The Weeknd reminds us why we need live music and entertainment with a goosebump-inducing half-time performance at this year's Super Bowl.

It's hard to believe that during the world's current circumstances that a performance of this caliber is even possible, but Abel Tesfay, aka The Weeknd, still followed protocol and managed to pull a half time performance not just out of the bag, but out of this world.

For the first time in 55 years, the performance didn't take center stage on the field surrounded by fans, but instead on a stage set up with strict limitations in place in order to follow current rules and regulations. But of course, the field needed just that touch of magic and The Weeknd included a brief interlude where his dancers and himself cascaded from the stage and gave the fans a touch of Super Bowl half-time normality.

Performing a collection of his greatest hits in the 15 minutes slot, Abel sent fans into overdrive and instilled goosebumps into every viewer. With a stunning light display and his angelic vocals which need no autotune, Abel reminded us all of why we need live music and entertainment. Not only did he connect with those in the stands, but he also took time to connect with the millions of viewers sat at home. With the penetrating glances directly into the camera, followed by winks and the odd subliminal message, Abel was able to put us all at ease and gave us a well-needed escape to the land of live entertainment.

This year sees The Weeknd hitting the road in support of his upcoming album, 'After Hours' which includes the hit new single 'Blinding Lights'. The After Hours tour will also feature one of The Weeknd's most innovative stage designs to date, where it will also contain the most LED lights that an arena show as even seen.

Broadway and Show news straight to your Inbox!

Read how we protect your data. 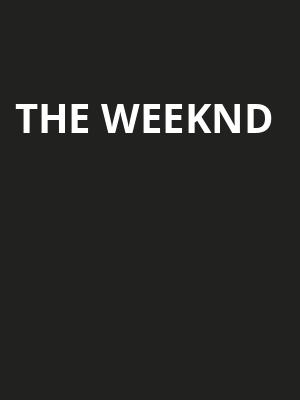 ...everyone is craning to see the Weeknd, whose sheer exuberance is far from the solemn character of his records. His transition from solipsist soul boy to charismatic showman is striking.