Where Are The Original Cast Of Dear Evan Hansen Now? 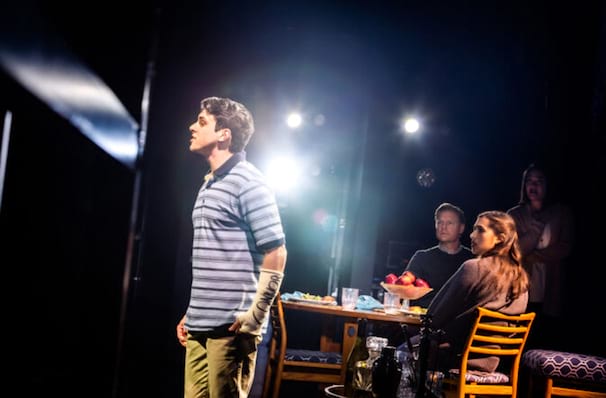 Find out what the OBC are up to now!

They became overnight sensations when Benj Pasek and Justin Paul's poignant musical, Dear Evan Hansen, debuted on Broadway! But, what are the Original Broadway Cast of the six-time Tony-winning hit up to now? Find out here!

The world became Platt's oyster when he stormed onto the Broadway stage as the original Evan Hansen! Platt had already garnered much success on stage (he led the cast as Elder Cunningham in the Chicago production of The Book of Mormon as well as countless other theatrical productions), and had already embarked on his film career with an adored supporting role in the hit movie franchise, Pitch Perfect. However, Dear Evan Hansen launched Platt into the stratosphere, somewhere he is yet to return from, with critics gushing over his "historic performance".

Since Platt hung up Evan's arm cast the star has released his own original music, including a debut album "Sing To Me Instead" which hit the Top 20 in the US charts. Platt has also produced and starred in Netflix's The Politician as Payton Hobart and is set to feature in Richard Linklater's epic movie adaptation of Merrily We Roll Along, which will be filmed over the course of 20 years!

Before Dear Evan Hansen graced the Broadway stage Rachel Bay Jones was already a prolific stage actor, with her previous Broadway credits including, Meet Me in St. Louis, Hair, Women on the Verge of a Nervous Breakdown and Pippin. Her portrayal of Evan's desperate mother garnered Jones her first Tony award in 2017!

Since then she has featured in the hit TV series, Modern Family and has toured her one-woman cabaret show, Something Beautiful, across North America. Jones recently starred as Diana in the Kennedy Center's Broadway Center Stage production of Tom Kitt's seminal musical, Next To Normal.

Before she showed off her talents in Dear Evan Hansen Laura Dreyfuss had already proven her pipes as Madison McCarthy in season six of Glee, as well as appearing in the Broadway productions of Hair and Once! Since her departure from Dear Evan Hansen in 2018, Dreyfuss has joined her former co-star, Platt, in The Politician where she stars as Payton's political aid, McAfee Westbrook.

When Thompson joined the cast of Dear Evan Hansen she was already a seasoned Broadway performer! Thompson's previous Broadway credits include Footloose, Nice Work If You Can Get It and Wicked (she replaced Idina Menzel in the role of Elphaba in 2005!). Thompson was recently seen on Broadway alongside Kristin Chenoweth in Chenoweth's exclusive concert series "For The Girls".

Before starring in Dear Evan Hansen Michael Park had appeared in one of North America's longest-running Soap Dramas... As The World Turns! That's right! Park starred as Jack Snyder in the long-running series between 1997 and 2010! Park has also starred in many a role on Broadway including, Angus Tuck in Tuck Everlasting, Mr. Bratt in How To Succeed in Business Without Really Trying and Smokey Joe's Cafe. Since Dear Evan Hansen Park has starred in two Netflix series. The first being Stranger Things as chief exec of the local newspaper, Tom Holloway, and the second in the docu-series, The Family.

Since garnering his Tony Award nomination for his portrayal of troubled teen Connor Murphy, Faist has headed to the Silver Screen to star as Dodge in a new TV show, Panic. Faist will also be appearing in movie theaters soon as he stars as Riff in the brand new movie adaptation of the American classic, West Side Story!

Departing from Dear Evan Hansen in the March of 2018 Kristolyn Lloyd has headed off-Broadway to star in productions of Little Women, Blue Ridge and Paradise Blue! But, that's not all! Lloyd has also appeared on our screens with an appearance in CBS' Elementary!

After wrapping up his time in Dear Evan Hansen, Will Roland didn't go very far! In fact, he just moved down the road as he led the cast as Jeremy Heere in the Broadway premiere of cult-sensation, Be More Chill! As well as appearing in Showtime's Billions Roland has also lit up the Lincoln Center as he performed alongside Joe Iconis at the Joe Iconis and Family concert!

YOU CAN NOW SEE DEAR EVAN HANSEN ON TOUR!

Following its hugely successful run at Broadway's Music Box Theater, this darkly comic musical is touring across the country. The six-time Tony winner, poignant and thought-provoking production has received...more info

Sound good to you? Share this page on social media and let your friends know about it.