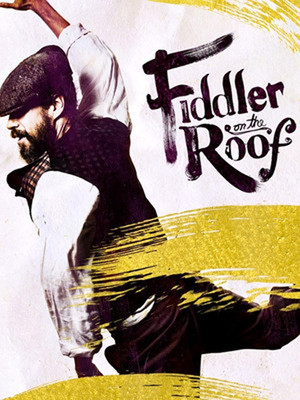 Fiddler on the Roof

Why See Fiddler on the Roof?

Following 2016's wildly acclaimed Broadway revival, the classic Fiddler on the Roof is out on tour! A landmark show born of the Golden Age of American musicals, Fiddler is a boisterous, heartfelt tale of love and acceptance set in a Russia on the edge of revolution. Among the show's countless iconic songs written by Jerry Bock and Sheldon Harnick are "If I Were A Rich Man", "Matchmaker, Matchmaker", and "Sunrise, Sunset."

Fiddler first premiered on Broadway in 1964, and won an incredible nine Tony Awards. It was subsequently adapted for the silver screen, winning three Oscars. The latest Broadway production, led by the irrepressible Danny Burstein, proved to be a worthy successor, playing over 400 performances and picking up three Tony Awards, including Best Revival of a Musical and Best Choreography. With Tony winner Bartlett Sher in the director's chair

WHAT IS FIDDLER ON THE ROOF ABOUT?

At the turn of the 20th Century, Russia is a country on the brink of revolution. Although the chaos seems to seldom touch the isolated family of Tevye the Milkman, he sees the effect on his three elder daughters and the lives that they choose the lead.

Tzeitel, the oldest has little prospects for a poor woman, when the widowed and ancient butcher Lazar Wolf shows interest in her whilst she pines for the poor tailor Motel, it begins a story of rebellion, violence, love and acceptance that finds Tevye and the family learning to leave behind their old lives and start a new one full of hope and laughter!

All images and media are taken from the Broadway production and may not reflect the touring production's casting or design.

The Fiddler on the Roof was an excellent show. The acting and singing... more

The performance was excellent. A powerful telling of a story that is... more

Sound good to you? Share this page on social media and let your friends know about Fiddler on the Roof at NAC Southam Hall.