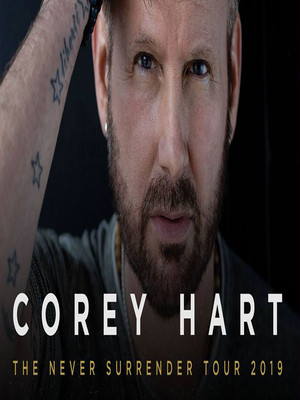 This is an artist with a great deal of integrity, who still has plenty of music to share.

After a 21 Year Hiatus, Corey Hart Is Back

Corey Hart is a Canadian singer who has been on the US Billboard Top 40 chart nine times and has sold over 16 million records worldwide, mainly due to his popular 80s hits including 'Sunglasses at Night,' 'Never Surrender' and 'Boy in the Box.' He was even nominated for the Grammy Award for Best New Artist in 1984. Now, 21 years after the release of his last album, 'Jade,' the singer is ready for his comeback with an epic North American tour, kicking off in Newfoundland, Canada.

Earlier this year, the comeback for Corey began with him being inducted into The Canadian Music Hall of Fame and releasing his EP 'Dreaming Time Again.'

Corey Hart's concert last night was an amazing performance! A lot of... more

WOW,WOW, WOW! I was always a fan of Corey's and loved his music like many... more

Sound good to you? Share this page on social media and let your friends know about Corey Hart at Canadian Tire Centre.